Our trainers and coaches have heart. They care deeply about your kids’ development in the game of basketball. And it shows in how our players improve week after week. 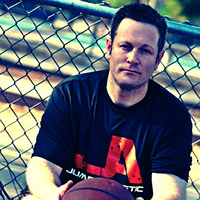 Jump Athletic founder and Chief Jumper Brian Sacks is no stranger to youth sports. He started playing competitive youth sports at the age of 7 in Long Island, NY traveling across the country to different cities playing competitive soccer. The team of kids played together for four years and won an incredible 80% of its games over that span of time. Sacks also played youth basketball in competitive club leagues and tournaments in NY  and attended some of the top basketball camps in the east coast. He continued to develop in many different sports as he entered his high school years playing varsity basketball, soccer and tennis.

Given his enthusiasm for sports on the court and field, it’s no surprise that the love of the game translated off the playing field too. Sacks dabbled in sports radio on the former local ESPN Affiliate 860 AM with a radio show called Sports Junkies. As well, his passion for basketball in particular,  led Sacks to coach competitive youth basketball and start what is now the premier youth basketball training academy and club in Arizona. A proven entrepreneur with a knack for launching companies, he started bizAZ magazine in 1997. After growing it into the most respected business magazine in Arizona he sold it to Gannett Co. in 2005. Sacks went on to start bizSanDiego, a magazine and online brand for the greater San Diego area in 2006. He is married to Kathy Sacks who leads marketing for Jump. They have two little Jumpers, Juliana and Margot. 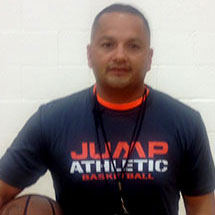 Coach Ricky Perez has led several teams to numerous tournament championships both in Texas and New Mexico & Arizona to include competitive youth basketball tournaments such as Battle at the Border, Southwest Shootout, and several city championships. Perez coached club basketball in El Paso, Texas from 2002-2012 before moving his family to Arizona. Ricky’s teams have competed in AAU Superregionals, BCI Nationals and NCAA certified events around the country. On a team that Perez coached in El Paso, The Wolverine’s 7 of his 8 players signed college scholarships to play basketball.

Perez has five daughters who he coaches and trains. His two oldest girls received college scholarships to play at Our Lady of the Lake in San Antonio and Eastern Wyoming in Torrington, Wyoming. Two of his other daughters are considered top players in their age group. In addition to coaching several girl’s teams for Jump Athletic Perez is the JV girls coach for Casa Grande high school. 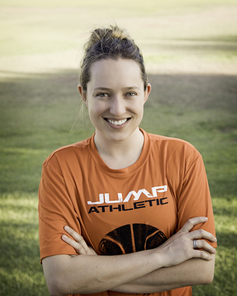 Coach Erica Spurlock began her foray into club basketball at 8 years old. Her AAU team won the state championships seven years in a row and finished in the top 10 nationally twice.  Erica played varsity basketball for Thunderbird High School, winning the 2008 4A State Championship her freshman year.  She was named Varsity co-caption her sophomore year, and made the regional all-academic team every year.  Erica went to undergrad at Tufts University in Boston, where she put down her basketball briefly to race on the alpine ski team.

Erica reverted to basketball in law school, playing on Boston University Law’s co-ed basketball team (and beating rival Boston College two out of her three years!).  After returning to Arizona, she returned to youth sports in 2016, assistant coaching high school club teams and in 2017 took on a head coaching role for a girls 6th-8th grade recreational team. Erica is an attorney practicing civil litigation at Jones, Skelton & Hochuli, P.L.C. In her free time she enjoys cooking, skiing, playing with her bulldog, Meatball, and playing and coaching basketball.

Erica hopes not only to make these athletes better basketball players, but to help provide them a solid foundation in discipline and teamwork that will translate into all aspects of their lives. 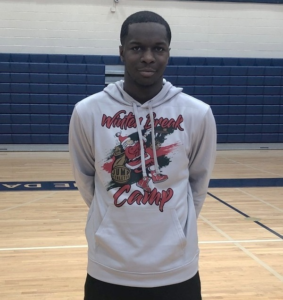 Teray Allen-Lisbon, also known as “Coach T”, brings a fire and energy to Jump Athletic. He also leads basketball programs for Scottsdale Prep as Assistant AD. He has coached both middle school boys’ and girls’ basketball teams. He has coached summer basketball for many different programs, including the nationally ranked Duncanville High School girls’ basketball team. Originally from Dallas, he moved to Arizona two years ago, to pursue his master’s degree in Higher Education from Arizona State University.

In his time at ASU he has worked closely with Coach Charli Turner Thorne for tips and ways to get into coaching at the college level. His long-term goal is to coach basketball at the Division 1 level. 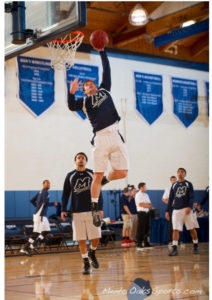 Dillon Smock played for Perry High School as a 4 year started he continued his playing career at Westwind Prep from 2011-2012. During his high school career he played for various clubs such as Arizona Premier and CTB.  Dillon then played for the Falcons at Wisconsin River Falls as well as the Oaks at Menlo College in Atherton California. Dillon is an aspiring coach who’s dream is to coach at the Division 1 level. With a father with who played for Coach Bobby Knight he has been around the game his whole life and has an hunger to teach and develop young players. 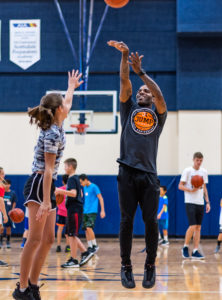 Born and raised in Houston, Texas Kelly started playing organized basketball in the 7th grade where he achieved his first award for the hardest worker and 8th grade award was Most improved. High school was when the game of basketball got tough not only on the court, but also off the court. Instead of being in the streets Kelly chose to spend his time working on his game with his Identical twin. By the end of my senior year he became a 2 yr lettermen. Junior year co-offensive player of the year, SBISD All-Tourney, Senior year offensive player of the year, SBISD All-Tourney, and Greater Houston All-Star. Tevin moved to Phoenix in 2010 where he continued my career at Scottsdale Community College for a semester. He has traveled to competing in many different Native American tournaments, different Cities all over the west coast claiming championships, MVP awards. 2017 was his first season playing professionally in the country of India for the United Basketball Alliance of India, Team name Hyderabad Sky. This past 2018 season kelly assisted in coaching Middle School Basketball where his team finished top in district, but lost in the semi-finals. Tevin is blessed to be able to share his knowledge, energy, and professionalism with the Jump Athletic program. 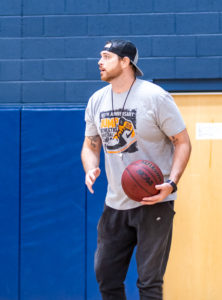 A 3-time Pac-10 All Academic award winner and cancer survivor, Justin Allen knows what it takes to fight hard in life and win. He brings decades of experience in basketball, from high school to collegiate to Pro playing across the world to coaching high school and club ball the last decade, Justin has a passion for the sport that runs deep. He spent five years playing professional basketball internationally in places such as Argentina, Australia, Japan, Mexico, Venezuela, Kuwait, Israel, and South Korea. He brings a skill and an intuition to training that is unique. 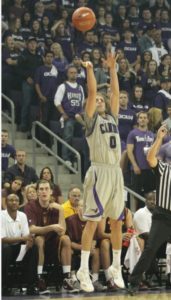 Homegrown talent Brad Carroll is from Tempe, AZ where he attended Corona del Sol High School. Playing point guard, Brad led a 28-2 Corona team to the state title game during his junior season. As a senior Brad made 1st team all city, 1st team all-region and 2nd team all state as a Senior, scoring more than 30 points on multiple occasions. Brad chose to continue his playing career at The University of Wisconsin-Milwaukee and eventually finished his career closer to home at Grand Canyon University. While at GCU, Brad earned 2nd Team All PacWest Conference honors. And at the time held the record for highest free throw percentage for a season, shooting 90.2% from the line. In 2011 he led his team in scoring nine times.

Start taking your game to the next level today.